AMA Colorado
Jan 21, 2023 3:01:39 PM
From Netflix’s Wednesday to Coinbase’s Super Bowl ad, here are 13 answers to the question, "What are the smartest marketing campaigns you saw in 2022, and what were the key takeaways from them?" Thanks to the marketing efforts, Netflix's show Wednesday became the most-watched series on the platform. One idea was to place different Wednesday Addams' quotes in various social settings. From billboards on the streets to posters in the airport, Netflix has perfectly presented the trending character's dark humor.

Every piece referred to its surroundings—for example, Wednesday featured on airport security trays with a quote, "No sharp objects? What a shame" instantly went viral. The moral? Outdoor marketing campaigns should be more connected to their placement because it increases the chance of people connecting with the ad and sharing it with others.

It's already common practice to target online campaigns at specific audiences, so why not do the same for real-world ones?

The smartest marketing campaign I saw in 2022 was a campaign by Nike. They used personalization to create interesting, one-of-a-kind experiences for their customers. Through the use of artificial intelligence and data analytics, Nike created custom campaigns for different demographics that resonated with their unique interests, needs, and preferences.

The key takeaway from this campaign was that creating personalized experiences can be a powerful way to engage with customers and build relationships. It showed how leveraging technology and data can help create memorable, engaging campaigns that are tailored to each customer's unique experience. This offers an opportunity for businesses to remain competitive in the ever-changing digital landscape.

Old Spice’s “The Man Your Man Can Smell Like”

One of the smartest marketing campaigns of 2022 was the Old Spice "The Man Your Man Can Smell Like" campaign. This campaign was successful for its humorous approach and clever use of influencers.

The commercial featured a funny monologue from Isaiah Mustafa, a former NFL player, that highlighted the benefits of Old Spice products. The video went viral and was shared by celebrities like Ashton Kutcher and Ellen DeGeneres, further amplifying the campaign's reach. The key takeaway from this campaign is to leverage influencer marketing and humorous content to increase brand recognition and reach.

In a video ad for Dove, the complete selfie-taking process is depicted in reverse, starting with the girl getting dressed and then taking the photo, followed by editing and sharing it. The film finishes with a straightforward shot of the girl, whose youth is immediately apparent when we view her clean, unedited face. The tagline reads, "Social media pressure is damaging our girls' self-esteem."

For this reason, the beauty business has experienced a small uprising. Unpolished appearances are flourishing. To counteract the systemic mental health risks of social media, Gen Z is no longer cooperating with influencers who alter their physiques or faces for advertisements.

With more people using social media filters, unedited photos are slowly making a comeback. But as Dove correctly points out, we must deal with the current problem in the interim. 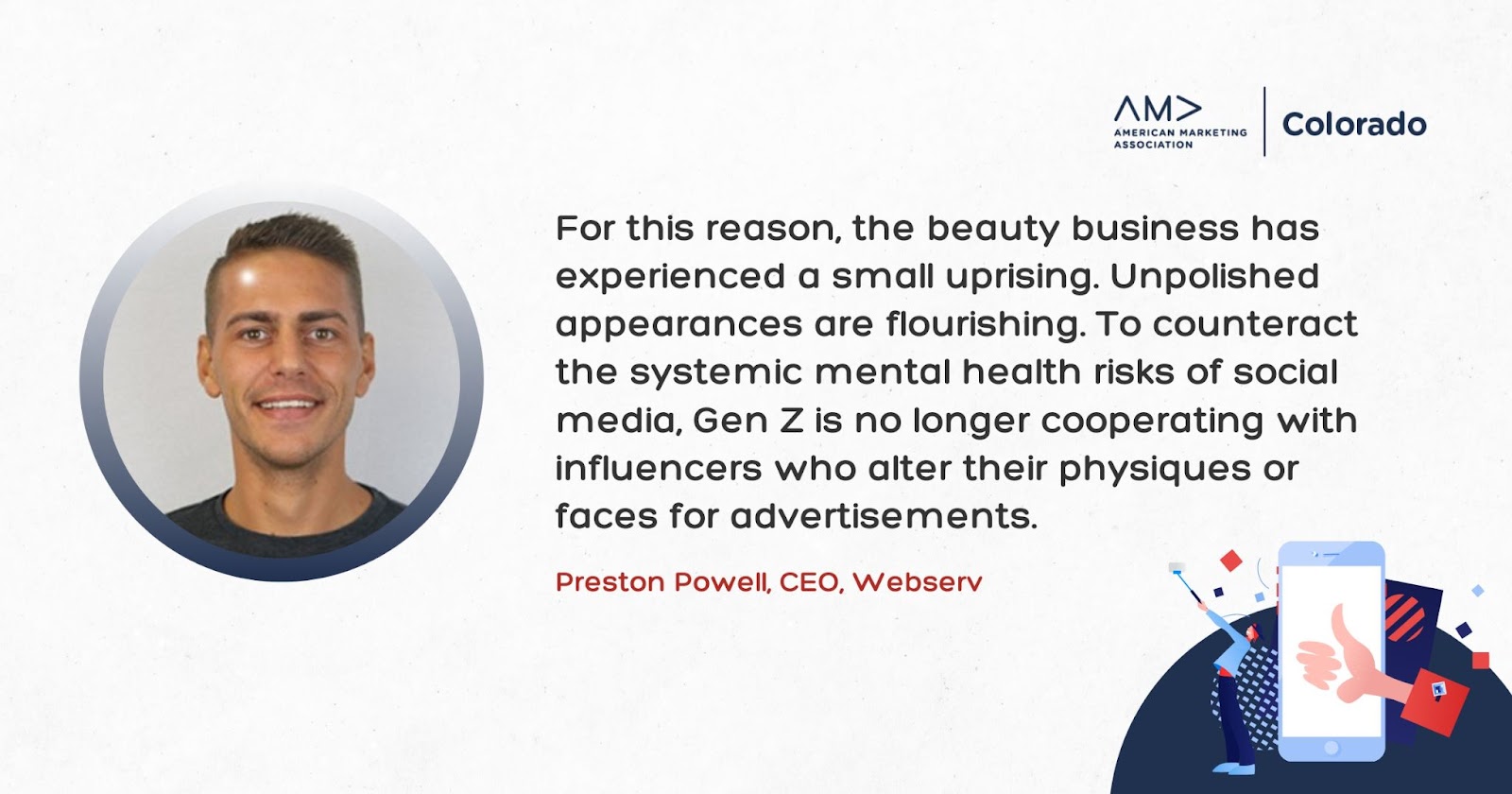 In 2022, Paramount Pictures launched an innovative marketing campaign for their horror movie titled Smile. Leveraging both traditional and digital mediums, Paramount Pictures strategically targeted a variety of audiences to reach maximum results. Built around the concept of fear and mystery, the studio created suspenseful advertisements with creative visuals and messaging that invited its audience to explore the unknown.

One key takeaway from this campaign was the ability to capture and maintain viewers' interest by providing enticing clues, but never revealing too much of what Smile actually is until the film premiered in theaters.

In September 2021, Duolingo, a language learning app, had 50,000 followers on TikTok. Fast forward to February 2022, they had three million followers and 55 million likes. So how did they gain millions of followers in just five months? They used one of the smartest marketing campaigns I've ever seen.

Duolingo created a green owl mascot and partnered with Dua Lipa. Together, they'd film TikTok shorts that gave audiences a quick laugh. Instead of trying to sell a product, they entertained viewers, and I often scrolled through endless Duolingo shorts. So if you're looking for new marketing ideas, partner with an influencer relevant to your industry and film fun TikTok shorts together.

One marketing campaign that really caught my eye came during the festive season, and it was the Pepsi ad starring Lindsay Lohan. The premise was leaving Santa a Pepsi and milk cocktail, instead of just regular milk, dubbed "Pilk."

The reason I thought this was so successful? First, it engaged an actress, whose star was just at the point of growing again, with the release of her first movie in years landing on streaming giant Netflix, so this will immediately pique interest.

They then put together two beverages that many people might initially think sound disgusting, but what happens when we see something like that? Well, of course, we have to try it, and this led to countless viral videos on social media with people trying the concoction, and creating endless user-generated content on behalf of Pepsi.

Does it matter if people didn't like it? Not really, people were still purchasing the product, and inspiring others to do the same and find out for themselves.

Zoom did an outstanding social media campaign this year. They held a contest to determine the most creative background. While this isn't necessarily a new idea, it was well executed and got the intended results.

Other businesses can model this campaign by hosting contests that promote the use of services or products and having users share across social media. It's an inexpensive way to get a great business promotion.

Besides using the two most well-known footballers, the timing of the campaign was perfect. Louis Vuitton released the campaign before the FIFA World Cup. After its release, it broke the internet. Nobody expected to see Messi and Ronaldo in the same frame as that.

Also, football enthusiasts believed this was the only collaboration they would get from them. On social media platforms, people started making memes of them. It increased the visibility of the campaign. Everyone was talking about it. And when Messi won the World Cup, the campaign won more recognition. So, the key takeaway from the marketing campaign is that timing matters a lot. 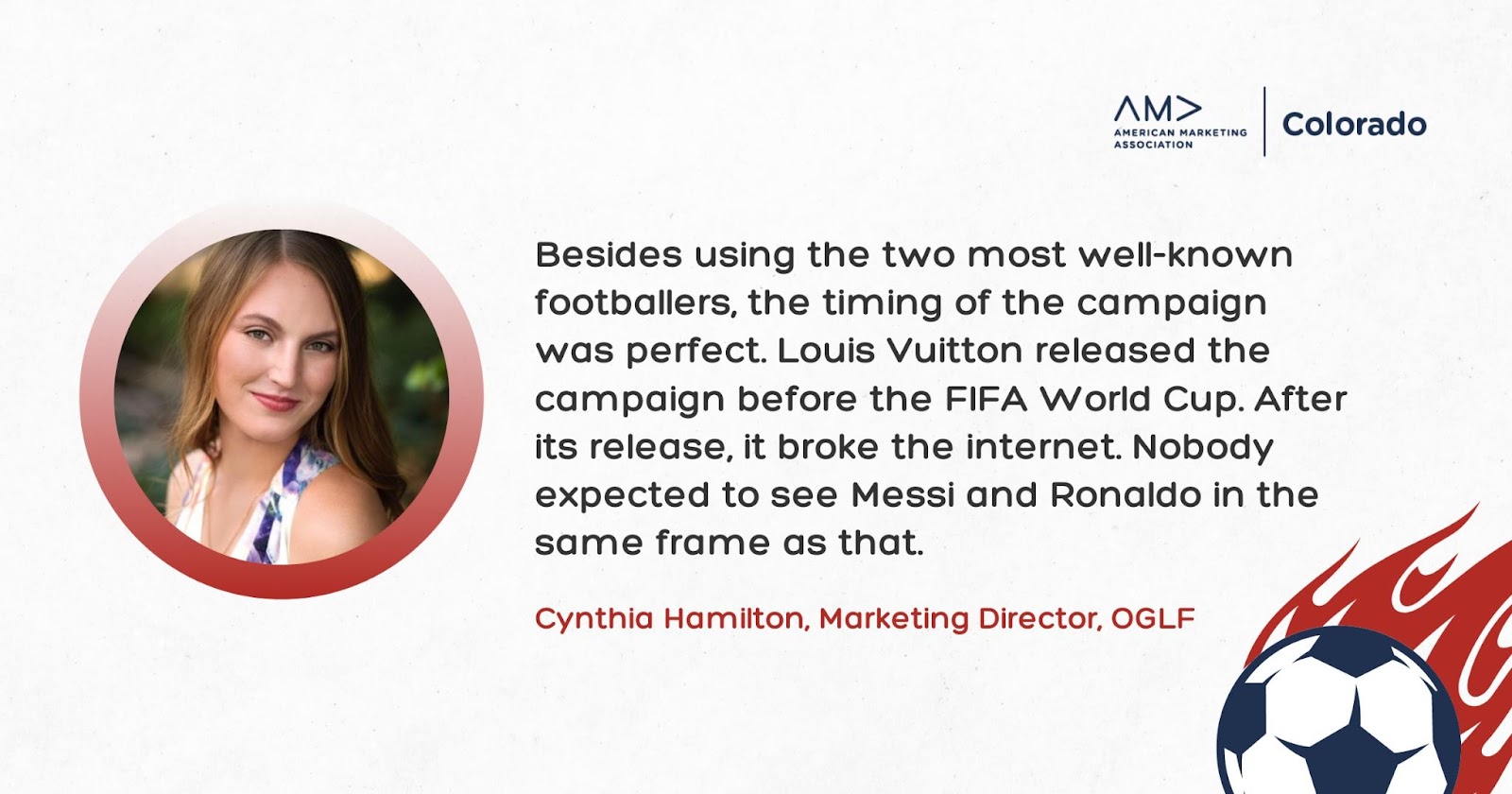 One of the most impressive marketing campaigns I saw in 2022 was for a new company called Haptico. They specialize in creating immersive virtual reality experiences, and they wanted to show off their capabilities with an innovative campaign.

The centerpiece of their marketing strategy was a series of interactive ads that invited users to explore a VR world created using Haptico's technology. The ads appeared on various platforms, from social media sites to streaming services and even gaming consoles. When viewers clicked on the ad, it launched into an immersive experience.

The takeaway here is simple: when you're looking for ways to make your mark in an increasingly digital world, don't be afraid to think outside the box and use creative methods like interactive advertising campaigns that give people an opportunity for escapism at home instead of needing them to purchase anything else upfront!

Domino's collaboration with "Stranger Things" was brilliant. Anytime you can combine a current pop-culture hit with your brand, you have a winning combination.

Their "mind-ordering" app, designed to mimic the character Eleven's powers, was such a unique idea. Customers could request a pizza using gestures prompted by the app's facial and eye-tracking technology.

Their mix of engaging ads featuring various cast members, along with their boxes imprinted with QR codes to allow customers to access the experience, was smart. The co-branding endeavor ended up generating Domino's over 820 million media impressions, making the marketing campaign a success.

In the new UEFA Women's EURO 2022 campaign, LinkedIn emphasizes the significance of female role models. LinkedIn encouraged women to discuss the role models who have inspired them as part of the campaign push and worked with several players to help build their profiles, offering best-practice tips, content ideas, and one-on-one sessions.

A debut film for the "#FollowInHerFootsteps" campaign, which spans both open-air and digital channels, includes unusual archival footage of women's football throughout the decades.

The #FollowInHerFootsteps campaign, which was part of a larger "seismic change" in attitudes toward women in sports, produced more than a million impressions over the course of two weeks, according to LinkedIn, and dramatically enhanced brand love.

The Coinbase QR Code Super Bowl Ad was an example of effective marketing. The key takeaway is to align your goal of a campaign with how you communicate. Just because you are breaking the bank to buy a Super Bowl spot, it is not required that you break the bank to produce the commercial.

Coinbase used a fairly simple approach of a floating QR code. Every American learned the functions of a QR code during Covid. Most people used their phones to scan codes for menus, appointments, or tickets during the last year.

An opportunity for people to leverage this newfound national knowledge crashed the Coinbase app and became a viral post-Super Bowl discussion—all from an ad that you could have made on Fiverr for $50 dollars.

Branding Yourself: How to Stand Out From the Crowd